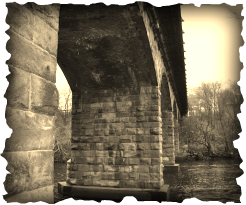 Deterioration of stone buildings have been described extensively in various publications over the years (links). Much of the stone deterioration is attributed to the impact of the environment and other chemical processes which over the long term reduce stone integrity either by expansion (such as crystallization of salt) and cracking or dissolution promoted by water intrusion. Dissolution is also promoted by the deleterious (often airborne) chemicals interacting with the available reactive sites to form new weaker compounds which then can allow more inert parts of the stone such as quartz grain and others to fall away.

In short the deterioration of stone is caused or promoted by chemical processes often accelerated by the pollutants present in the environment. These processes can become more rigorous with the increase in the levels of environmental pollution.

As the deterioration of stone is largely a chemical process promoted by the environmental factors such as intrusion of water combined with environmental pollutants, the solution to the problem is chemical in nature as well.

By applying SURTREAT proprietary chemical formulations to the surface of the stone the reactivity of the chemically available sites/bonds is reduced The stone in effect is rendered more inert and unavailable for further chemical interaction with extraneous deleterious agents.

Also the application of SURTREAT reduces substrates' permeability  prohibiting access of the water and airborne pollutants to the reactive sites.

Also SURTREAT materials are known to increase substrate strength preserving the integrity of the stone surface.

Masonry is also strengthened and deterioration is prevented in similar ways (more on cement based materials' deterioration).

SURTREAT is NOT a sealant in the conventional sense of the word. Ordinarily the application of SURTREAT does not produce any outward visual effects preserving stones' original appearance. Because of the variety of substrates pre-project evaluation and trial application is usually performed to eliminate the possibility of any anomalous effect. 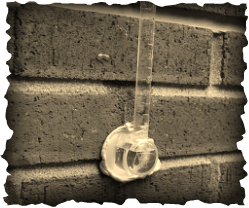 Newly constructed brick and or composite block structures often suffer severely from water ingress and can lead to moisture penetration staining and even biological(mold growth on the interior surfaces. In time water penetration can also lead to corrosion of tie rods, reinforcement and other metal fixtures used in construction.

Water can permeate through poorly or by design weakly consolidated building materials such as block or type of brick or artificial stone, etc. as well as through the mortar joints. Water bring in the pollution and can cause deterioration and even a health hazard on the interior as well as outside of the building.

SURTREAT is NOT a sealant in the conventional sense of the word. Ordinarily SURTREAT application does not alter structure appearance. Pre-project trial application is recommended always to make sure no anomalous effect is detected.